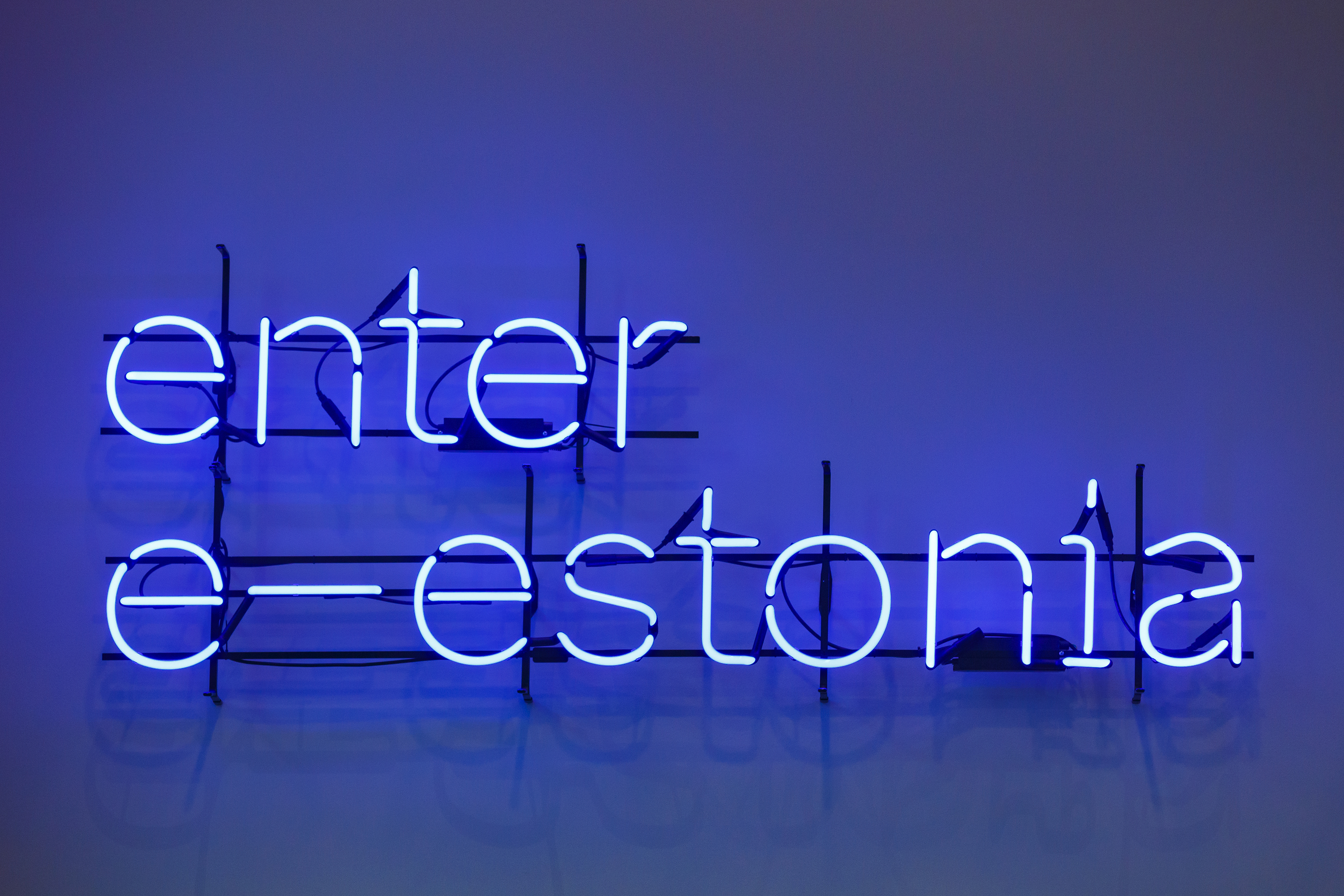 I have made the decision to move to Estonia. In this post I’m going to chart out my reasons.

Some background: I’m 27 years old, studied Electrical Engineering at KU Leuven and am currently living in Belgium. Since finishing my studies I have worked at Nokia and then 2 different startups (as an early employee).

I will split up my argument in two parts: why I decided to leave Belgium and why I chose Estonia.

Belgium is a well-developed country, so it might seem like a strange choice to leave. My reasons for leaving are probably not going to apply for most people, since they have mostly to do with my dream of becoming a startup founder. It is only when taking this into account, that it becomes clear why I felt staying was not the best option.

For the level of service offered by the Belgian government, I would argue the tax burden is quite high. For example, a couple of months ago I posted the following on my LinkedIn: 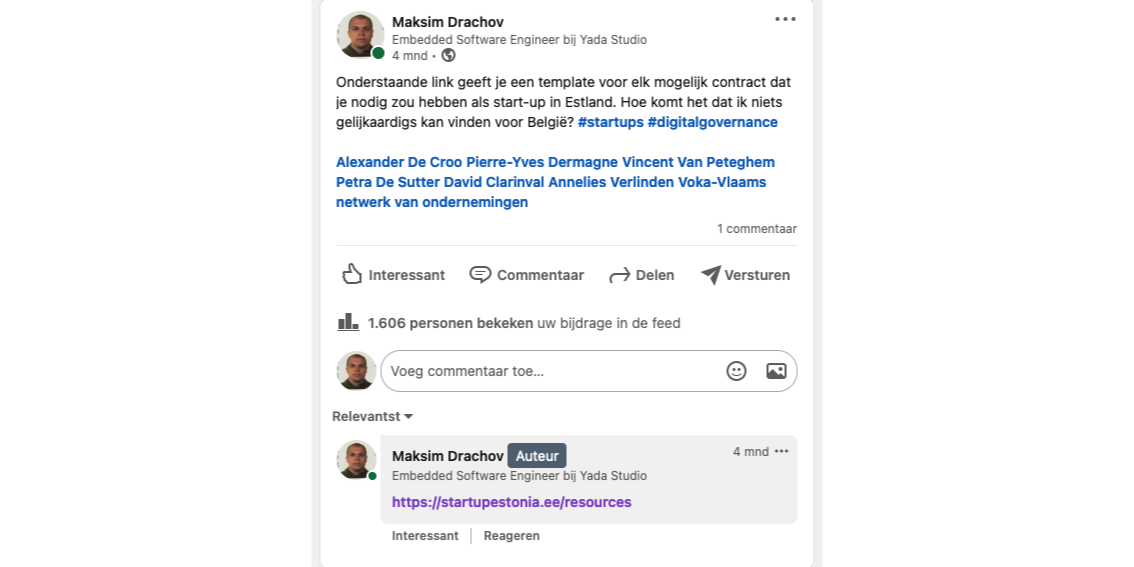 The link below gives a template for every kind of contract you could need as a start-up in Estonia. How come I can’t find something similar for Belgium?

I tagged every one of our ministers (remember: 6 governments) that could have made a difference in solving this question. 1600 people saw the post, no one got back to me.

This might seem trivial, however to me this is part of a larger problem. The political class does not really care about improving the system as it is too busy with infighting. The Belgian state has become essentialy ossified in a political stalemate during the last decade or so, prohibiting any meaningful progress.

Probably in no small part due to the previous point, the Belgian startup ecosystem is quite underdeveloped. From my observation smart people do one of two things: work at large, established companies or move abroad. Belgium has 2 unicorns, the Netherlands has 12.

To be fair, there is one notable exception: Imec, an R&D hub for nano- and digital technologies. This organization has succesfully spun-off multiple startups in its specialist field. However those are often based on specialization in a very narrow field of research. I’m more into the Silicon Valley-type of startups. (Sidenote: Imec was founded in 1984 when the Belgian state was still capable of undertaking such visionary projects.)

Finally and this is more subjective point: there isn’t really much of a culture of entrepreneurship. Most young people don’t necessarily have the ambition to start something, and prefer to focus on having a steady, safe and predictable lifestyle. Nothing wrong with that. However it is a bit tiring for a person like me, as I often feel like the only one swimming against the current.

Given my interest in startups, I wanted to move someplace which would be more supportive of this. I started looking into all the most “popular” startup cities in Europe (didn’t want to move too far from home either). This essentially boils down to the usual suspects: London, Amsterdam, Stockholm, Paris and Berlin. Unfortunately most of them are prohibitively expensive, which would mean exchanging a high tax burden for a high cost of living, which wasn’t much of an improvement either.

However, at this point Estonia was already on my radar (thanks to @balajis) as a country with some very foward-thinking policies when it came to digital governance. So I decided to take it into consideration as well. The more I looked into it, the more I became convinced it was the right choice.

Remember how Belgium had 2 unicorns? Estonia has 7. This becomes even more impressive when you consider the fact that Estonia has a population that’s roughly ten times smaller. This is no accident, a place that has the highest amount of unicorns per capita in Europe, obviously must be doing something right. In my opinion 3 factors play into this success: favorable environment, network-effects, attraction of talent.

While I was looking into Berlin as a candidate for my next move, I stumbled upon this article. It details the hoops that a German founder has to jump through in order to start a company. In short: it’s a very bureaucratic, kafka-esque experience.

Estonia offers the exact opposite: it minimizes the administrative hurdle by allowing everything to be done online. Registering a company and paying taxes can all be done from your laptop. I have seen first-hand how bookkeeping can quickly become a one-man job in a Belgian startup, often one of the founders needs to take care of this. This means less time spent on what’s important: building.

Given a favorable environment, a startup culture can develop and as the amount of succesful startup grows, the collective experience of the ecosystem increases and the odds of success with it. For the past decade Silicon Valley has been the most obvious example of this. One of the most famous “networks” within Silicon Valley is the so-called “Paypal mafia”, which is a group of founders and employees affeliated with the early days of Paypal. These people gained valuable resources, knowledge and contacts from those early wins at Paypal and then leveraged this towards founding new startups: Tesla, Linkedin, Palantir, SpaceX, Youtube,…

Something similar can be observed in Estonia: the term “Estonian mafia” is already starting to gain some traction. Founders and early employees from companies like Skype, Bolt and Transferwise are going on to start new successful companies.

And last but not least: attraction of talent. Silicon Valley couldn’t become what it is today if it didn’t attract the brighthest from across the globe. Here again, Estonia is helped by forward-thinking policies like the E-residency program and its historial ties with Eastern Europe.

E-recidency allows anyone (even non-EU!) access to the Estonian government services such as company formation, banking, payment processing and taxation. This makes attracting talent from across the globe considerably easier, especially as we move more and more towards a remote-first world.

On that second point: lots of talented programmers and engineers from Ukraine, Belarus and Russia have moved to Estonia to escape the unstable political/economical climate in their respective countries. This is a massive talent pool to draw from. As Estonia has a long history with Eastern Europe, it allows them to more easily incorporate people from this cultural background into their fold.

I believe that by moving to Tallinn I will be able to develop the skills to become a founder more quickly and increase the odds of my startup being successful. If you live in Tallinn and share my interest in startups: would love to have a beer! :)

If you’ve found this interesting and want to find out more about Estonia, I can recommend the following: